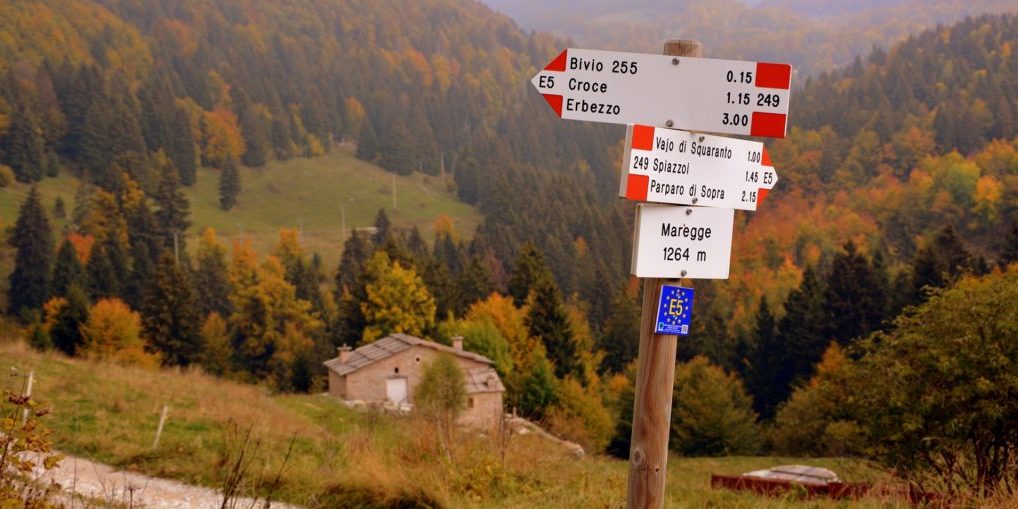 Today begins a weekly column that will guide you to discover our area, Lessinia, rich in natural beauty, history, food and wine traditions and legends.

A small excerpt directly from Wikipedia to introduce you to these places:

– Lessinia is a geographical area of ​​the Venetian Prealps ( Veronese Prealps Vicentine and Gardesane ) located for the most part in the province of Verona and, only partially, in those of Vicenza and of Trento . A part of the Lessinia area constitutes the Regional Natural Park of Lessinia . It borders to the north with the Val di Ronchi and the Carega Group , to the east with the Val Leogra , to the south with the course of Adige and the Veronese high plain and to the west with the Val Lagarina

Since ancient times, Lessinia has seen the presence of man, who could easily find flint here and take refuge in the many caves and shelters. Evidence dating back to Lower Paleolithic has been found in various places, including which Soman Shelter , Ponte di Veja and at the Fumane Cave . [..]

The phenomenon of karst </ span> typical of rocks limestone that form the Lessinia has made its hydrographic network very articulated and varied, characterized by a large branching of streams that over the periods glacial and quaternary have contributed to digging the torrential valleys that make up the territory. On the whole plateau there are several sources , both temporary related to the melting of the snows and to the rains, both permanent, which flow above all at the mouth of the valleys between the upper and lower plains. [..]

The economy focuses mainly on breeding, dairy production and the extraction and processing of Red marble and of the Lessinia stone . [..]

This brief description is just the starter of a series of dishes that we will serve you from week to week, hoping to whet the most varied palates.

All the places and traditions listed below will help you spend a whole day immersed in local nature and history.

The goal is to help you live a unique experience starting from our adventure Veja Adventure Park .

– Prun and its historic stone quarries

– The flints, Otzi and prehistoric man

– The Romanesque church of San Giovanni in Loffa

– The Corno d’Aquilio and the Spluga della Preta

– The rock face of Ceredo

– Mulino-La Gorga and the story of Gata Mora

– The cycle and pedestrian path of Forte Monte Tesoro

– The caves of the Ponte di Veja

– The flora of the Veja Bridge

– The formation of the Veja Bridge

– The Veja Bridge and the Mantegna

– The Bridge of Veja and Dante

– The idea of ​​the birth of the Veja Adventure Park