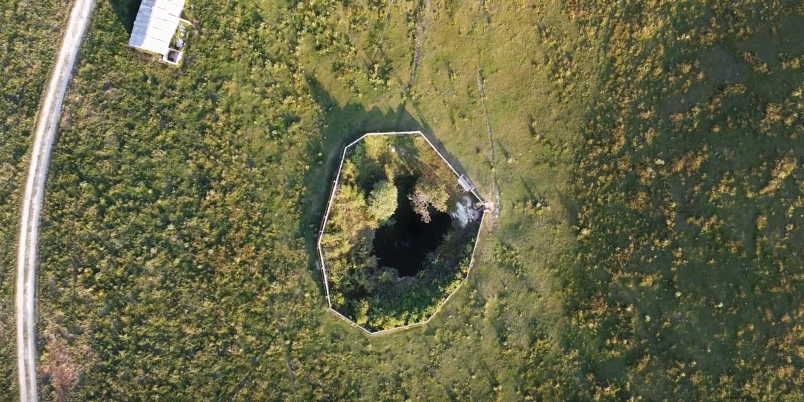 Today we tell you about another wonder of Lessinia.
The map indicates its location just 18 kilometers from Veja Adventure Park
therefore it will be very easy for those who love the mountains to add it as a stop, after having visited us naturally.
Before telling you what it is about in detail, look at the following video with your own eyes, even for those who have already been there, they are impressive images.

What is it about

“The Spluga della Preta is an abyss of karst origin, located in the municipality of Sant’Anna d’Alfaedo, just north of the summit of the Corno d’Aquilio. The entrance to the Spluga is located in the areas of the planes, the last strip of the province of Verona that is wedged into that of Trento. The depth of the abyss is 877 meters.”

Already these few data tell of something incredible and terrifying at the same time.

At this link from wikipedia you can find the history of the discovery of this very deep cavity, the succession of discoveries, measurement errors and also the political implications that have marked the vicissitudes.

It is also curious that to reach it you have to climb almost to the top of the mountain, which offers speleologists the pleasure of engaging in preliminary explorations of much healthier and brighter places.

Searching the web for information on Spluga della Preta you will find many stories, videos, descriptions, after all for over 60 years it has been one of the most frequented abysses in the world as well as one of the deepest.

From fantasy to reality

Even a person with a modest imagination could fantasize about this place far and wide but we have found the story of a speleologist who calls herself “gamel”, a novice speleologist, let’s say, but she will be the one who will nicely tell you the meaning of term.
It is a compelling story full of self-irony, for an insider certainly also madness.
So what better opportunity to visit “Signora Preta” if not identifying with true explorers of the abyss of the beautiful country, who in 2003 descended on a snowy autumn day in Spluga della Preta, in search of emotions, adrenaline and perhaps themselves.
Enjoy the reading.

MRS PRETA – IMPRESSIONS OF A GAMEL

“Before starting, it seems appropriate to explain the meaning of the term” gamel “: it is an ironically derogatory word in use among Trieste speleologists to indicate the one who starts speleology, the trainee or neospeleologist, in short, the one who achieves the minimum result with the maximum effort (according to A. Zorn called Vibro) !!

Each of us is fond of a cave in particular and loves to transmit his passion for this in the most disparate ways. Francesco Sauro, a friend and speleologist belonging to the Padua and / or Verona group, passed on to me the myth of the Spluga della Preta, the lady cavity of the Lessinian Mountains, so much that I was intrigued.

I read several articles about this cave and at the speleology meeting Montello 2002 I learned about the mammoth Operation Corno D’Aquilio which determined its cleaning. The reclamation began in 1988 and lasted 40 months… ” Continues