The legend of ‘La Gata Mora’ 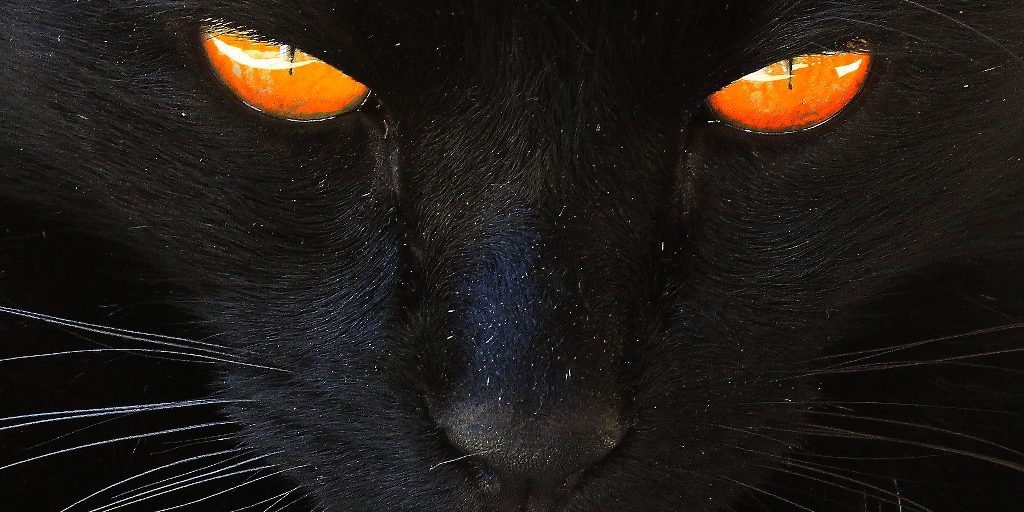 “Setting in the Vaggimal district,

last decades of the nineteenth century,

territory of the then Municipality of Prun, now Sant’Anna d’Alfaedo (VR).”

In the second half of the nineteenth century Don GioBatta Dal Corso, better known as Don Barbetta, was rector for over thirty years in the church of Vaggimal (the parish was that of Prun), born in the nearby district of Giare on 21 December 1819 and died in Sant’Anna d’Alfaedo on 6 May 1902.

The oral tradition, still alive today, connotes him as a brilliant and persuasive preacher, but above all a character with great and extraordinary powers, which manifested themselves with miraculous predictions, blessings or curses and great struggles with the evil one, from which he often emerged battered but always victorious.

The stories, very engaging, which see him as protagonist, are numerous: we choose to narrate the one of “La Gata mora”, with the warning that the Italian translation of the story certainly does not do justice to the peasant environment of the time that generated it in its social and economic connotations.

Under the Giardino district (one of the three small inhabited areas that make up the center of the Vaggimal hamlet), there is still a large wood, in the territory of the ancient common goods, rich in mushrooms and cyclamens, in a luxuriant area due to the presence of both a valley and a water source, which, having sprung up in the middle of a rocky wall, then widens also in a ravine, until it forms a can.
Not far away there is a majestic covolo (shelter under the rock), where the inhabitants of the districts, before the construction of the huts, brought their milk to cool.
The covolo had been equipped with masteloni (rectangular wooden tubs, with a large surface and low height) and its microclimate favored an optimal surfacing of the cream, so that, with subsequent processing, an abundance of high quality butter was obtained.
But one morning, at the usual skimming time, there was not even a shadow of the cream.
The most elementary researches and the first questions began.
Had the door been closed properly?
Had those who cleaned the tubs done it with the necessary care?
Was there any disease in the stables that went unnoticed?
The brachi (boys), as sometimes could happen, had perhaps enjoyed making a joke in very bad taste?
No foothold was found and the wonder, the worry and then the fear increased when the fact was repeated the following days.
In the districts, in living memory, a similar story had never been heard and an explanation was not known. So it was decided to guard the covolo: in the evening, after having given the milk, the “veci de la contra” (the notables) would stop to watch.

Nothing happened the first night because the guardians fell asleep, and so did the following night, despite their good intentions.
For the third attempt it was decided to send younger and more vigorous men: we immediately thought of Bepone, then in the prime of life, whose strength and agility made him compare to a cat climbing a plant and a squirrel jumping between the branches.
Bepone, together with other companions, was well determined to keep watch: the first part of the night passed quietly, but when the clock in the bell tower of the district began to strike midnight, the wind rose, the door opened and, while the bell tower was churning the hours, inside the nest, above the masteloni, was heard like a rustle, perhaps a bird: it was a moment, then everything ended and the wood rewound in profound silence.
The peasants, a little incredulous and a little lost, promised themselves not to be surprised the next evening. They equipped themselves with sticks, rakes and forks.
Bepone armed himself with a sickle (billhook), illuminated the cave with lanterns and oil lamps, tried to instil courage with the help of a few glasses of wine and waited for midnight, resolved on everything, whatever it was.
When the first tolls of midnight were heard, the wind hissed in the woods and the door of the nest shook and swung open: between the banging and rattling of the hours, suddenly a black cat materialized and entered it lightning fast.
Bepone was stationed near the threshold and saw it very well: it was huge, had short hair, black and shiny like that of a mole and eyes of embers that hypnotized.
She ran quickly over the tubs and was already preparing to leave when Bepone, while the others had remained motionless, as if petrified, took the sickle and threw it violently towards her.
The cat managed to escape, but just outside the entrance to the nest remained the claw nails, which began to bleed fiery red, forming a small bubbling puddle.
The night was painful: the absolute silence of the forest was contrasted in the distance by the animal’s meow, plaintive and heartbreaking and nearby the sinister sizzle of boiling blood, while everything was shrouded in the darkest darkness because it was a new moon night.
Finally dawn broke, the men went out; with the help of branches and leaves they collected the cat’s claw nails, threw them into the water of the valley, which upon contact raised a cloud of red steam, and with difficulty returned to the village.

They immediately told the facts to Don Barbetta, asking for information on what to do. The whole town, priest in the lead, went in procession to the covolo; they prayed for a long time, the priest blessed over and over again, assured them that from that moment on there would be no problem with the cream, and then everyone went home.
Life resumed normally, the cream immediately resurfaced in the tubs and no one saw the “gata mora” anymore, only the priest sometimes complained that the so ongei (Claw nails), instead of buried, had been irreparably thrown into the water of the valley.
The story went around the districts near and far, everyone talked about it in the houses, in the few taverns and then, slowly, less and less, less and less, that it was almost forgotten, until …
Until one day some gentlemen from the Ceve di Negrar district showed up at the rectory in Vaggimal: they asked for Don Barbetta’s intervention so that an old woman from their village, living for a long time, could finally die in peace.
The priest assured him of his presence, but with the excuse that by now he was old and could not travel alone, he wanted Bepone to accompany him: the man accepted and they left.
They reached the Ceve district late at night. The priest went up alone to the sick room, prayed, performed his rituals and then called Bepone and ordered him to join him to give the blessing to the dying one too.
The man shielded himself over and over again, until the priest slightly raised the bed covers on the side of the feet so that Bepone could see that one of them was missing part of the fingers and nails.
He heartily gave the blessing to the woman: meanwhile the bell tower chimed at midnight, a bit of wind rose outside and the window panes opened wide. Bepone looked out to look out, but outside you couldn’t see anything because it was a dark new moon night.

The legendary covolo that has ‘the gata mora’ as its protagonist really exists, it is called “Coalo del Gado” and can be reached quite easily on foot, starting from the Giardino district, in about fifteen minutes.

The surrounding environment is also worth knowing, due to the presence of a perennial pool of water, fed by a spring, a small spluga, a mill (one of the rare mills of Sant’Anna d’Alfaedo) and the remains of the ‘aqueduct which, starting from this point, after a journey of a few kilometers, contributed to powering the area’s first power plant in Spionca di Lugo, which, built after the first postwar period, had a long and glorious life until the nationalization of electricity .